Out For A Duck 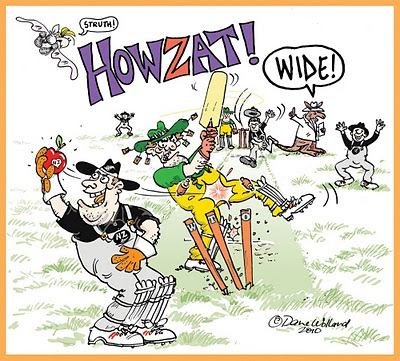 The Aussies are at it again. For many years now, they have been protecting their trade surplus with New Zealand and their latest effort is to keep our apples out of their home market. This has been going on for over eighty years and NZ growers are doggedly pursuing a just settlement.

A break through of some sort occurred recently when the World Trade Organization (WTO) finally rejected the Australian reasons for denying access for NZ apples. The Aussie growers claimed that New Zealand apples would pose a bio-security risk and carry Fire-blight, European Canker and Apple Leaf Curling Midges.

The WTO ruling is not at all surprising. Australia already has fire prone gum trees, too many European immigrants and roll-your-own dwarfs in their Parliament who like to blow smoke into the eyes of kiwi orchardists. The Aussies are “a peeling” the WTO ruling.

They also have far more pests, such as snakes, crop munching parrots, poisonous spiders and ravenous insects. In spite of Aussie assurances, these unwanted pests regularly turn up at our airports and wharves. Therefore, to protect our biosecurity status and in the interest of promoting fair trade practices, perhaps we should demand that all their produce undergo the same treatment they demand of our apples.

This would mean asking them to wash all Australian agricultural products in insecticide or a chlorine based disinfectant (such as ‘Nappysan’) and store them away in quarantine here for several weeks until we are satisfied they are absolutely safe. Of course that is totally unrealistic, Australia has much more clout than we do and so we let them get away with minimal restrictions.

When it comes to international trade, size matters. China is getting its apples into Australia unchlorinated and the Australian Government seems to kowtow to their demands in order to get other products into China. I guess there is a long term strategy at work here, but it does seem odd to give concessions to a country whose agricultural quality control is a lot less rigorous than ours.

The Chinese Government is also an expert in manipulating international trade in their favour and lending its trade surpluses back to its customers to weaken them with debt. Australia does much the same to us and somehow we need to send a message that all traders understand – like stop buying their products until they behave better.

The real losers are Australian consumers who eat only half the amount of apples per head than kiwis do each year. This is very likely because apple orchards over there are apparently still producing old fashioned varieties at prices way above the levels our orchardists have to live with.

Maybe that is a reason why more Aussie tourists are coming here each year. Is it possible they secretly pigging out on our new apple varieties and secretly discovering what they are missing out on back home? If so, like communism, Aussie trade restrictions on kiwi apples will hopefully fade away soon when the people demand a better deal.
Posted by Dave Wolland at 11:33 PM