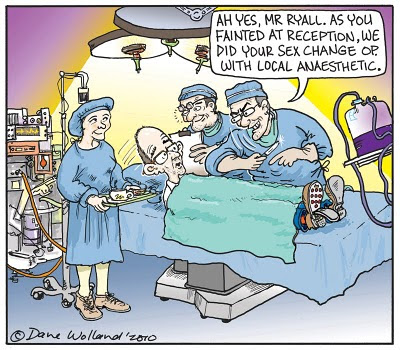 Way back in the in the mid-nineteen hundreds, I spent many hours watching our first TV in vivid tones of black and white. My father called it “The Idiot Box” and I guess he was right a lot of the time because I watched so many comedy shows that brightened up our rather austere lifestyle. Cartoons interested me the most, but I also got addicted to a few of the early American and British sitcoms.

One of my favourites was the James Bond/detective spoof, “Get Smart” which starred Don Adams as Maxwell Smart and Barbara Felden as his sidekick, Agent 99. Max would get himself into all sorts of trouble and Agent 99 (with assistance from their Chief) would help him muddle his way out somehow.

Max had all sorts of goofy gadgets that were supposed to help him outsmart his archenemies at KAOS and the most famous was probably his shoe phone. This was seen as very futuristic at the time, because there were of course no cell phones about. For those who have not seen the “Get Smart” series the nearest equivalent might be today’s ASB ads.

When I heard that our Minister of Health, the Hon. Tony Ryall, was making unannounced visits to hospitals in his spare time, for some reason memories of the programme “Get Smart” came flooding back to me. Like Maxwell Smart, Tony Ryall is very conscientious and obviously has an earnest personality.

This can get him in and out of trouble at times with the public and now hospital staff have been discussing whether they like the idea of his impromptu visits. Some has expressed support, but others are furious about being spied upon by a Minister of the Crown who uses ‘secret shopper’ practices to gain information.

All hospitals have good and bad days and I can imagine how annoying it would be if Tony Ryall popped in during a real emergency, where all the staff were under intense pressure. I know accidents and misunderstandings can happen anywhere and may God forbid the day when Tony becomes a victim of his own curiosity.

There are quite a few conscientious ministers in the National Cabinet and I wonder if Tony Ryall’s fact finding sorties will copied by other ministers. After all, “official visits” are usually set up to impress rather than to inform and ministers can easily become distanced from reality.

They should be warned of the dangers however. There might be adverse reactions if Education Minister Anne Tolley dropped in without warning to classrooms on Friday afternoons or if Corrections Minister Judith Collins had unannounced meetings with inmates to discuss the smoking ban.

Mind you, they might be able exchange notes with Tony Ryall as they were being wheeled into the local hospital’s A & E unit. He might help them write a note to John Key explaining why they will not be at the next Cabinet meeting. Maxwell Smart’s famous apology might help – “Ahhh, sorry about that Chief!”
Posted by Dave Wolland at 8:13 PM