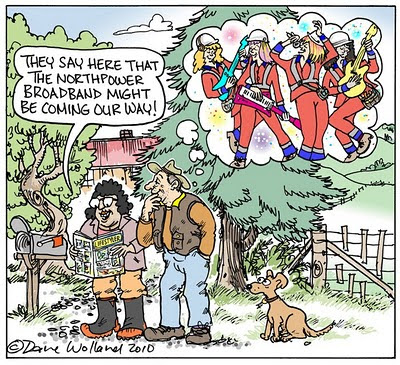 On the 3rd of April this year, a new media gadget from Apple was launched into the world marketplace. Within a day 300,000 were snapped up in the U.S.A. and since then, another 150,000 have been sold. Apple called it the iPad and it immediately received the usual Apple products bashing from critics - even a lot of ardent Apple fans were disappointed that it did not do enough to justify buying one.

So what is all the fuss about and why is it selling so well? I think it is because it is filling a gap between smart phones and laptops. It takes some features from both by enabling you to connect to the internet, read e-books, play movies and music, play sophisticated games and run many of the applications already available for the iPhone. These are all viewed on a high quality touch screen that does away with a keyboard (although you can connect a keyboard and mouse).

Tablet PCs are not new and many well known brands (incl. Apple) have tried in vain to make one that sells well. This time the technology has improved and the demand seems to be there. In a year from now, a whole range of tablets will be available to compete with the iPad and prices will fall.

When our Government eventually rolls out its fibre-optic plan for New Zealand, gadgets like the iPad, are being widely touted to make a significant impact on the way we do things. In Northland, Northpower is making a determined effort to get a slice of the action and if they are successful, the whole of the Kaipara district will benefit.

Northpower chairman, Warren Moyes, has been reported saying, “It would save a huge amount of time as they (the farmers) could actually research products online… they can’t afford to spend hours at a time at a computer when there is work today on the farm. The same applies to other rural businesses too.”

Connection to fibre-optic broadband will mean vets and doctors will be able to diagnose medical problems from a distance and even get advice from all over the world. I might be able to tickle your ribs with animations as you pause between reading books and magazines, watching movies, video conferencing and of course TV.

Faster internet connections and more powerful computers have the potential to free up teaching time at schools by allowing each child to progress at their own pace with their own programs. However, I can see one of the downsides will be our young people being drawn into playing even more addictive war games etc and I hope parents and teachers are preparing for this and ride the wave instead of swimming against it.

It remains to be seen if we use new media devices intelligently to improve learning and create more recreational time. Or will “Generation Broadband” to be recognized by the broad band of extra weight around their waists instead of their health and know how.
Posted by Dave Wolland at 5:22 PM