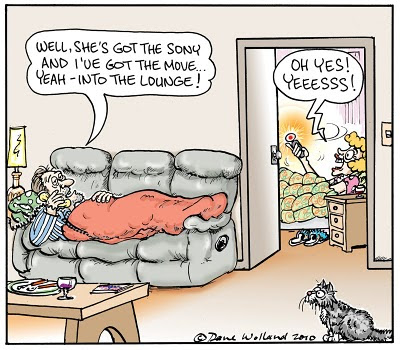 Most of the teenage males I know are mad on computer gaming. I can understand what attracts them because, in spite my age, I too feel the adrenalin rush urging me to join in. The graphics are amazing. They have now reached the point where it is getting very hard to see the difference between animation and reality.

Alas, I remain a closet gamer. I have yet to meet someone who can show me the ropes without making me feel like a handicapped dinosaur. One way of coping, is to tell myself that I have better things to do with my time. Which is true of course. Even so, it is getting harder and harder to resist the primitive urges that computer gaming companies know lurk within all of us.

For example, they are now including interactive hand held controllers in their products that are taking gaming away from keyboards and into our living rooms. It began with PlayStation and Xbox and now Nintendo’s Wii has opened up new territory with devices that respond to our body movements. My daughter has one and she keeps fit using her Wii as a kind of personal trainer.

Sony has not sat on its PlayStation laurels and intends to give the Wii a challenge with its new “Move” device. The TV ads look very impressive and claim to give PlayStation gamers additional tactile experiences. You can actually swing the controller like a golf club and send a digital golf ball across a digital green that is shown on your TV screen (the bigger the better naturally, to max the buzz).

It comes with other similar games as well like: archery, ping-pong and volleyball. For guys and macho gals, there is a boxing game where you can beat the digital daylights out of an opponent or ruthlessly machine-gun them down in a war zone.

Of particular interest to me is the painting game where you can make shapes and colour them in remotely on a TV. Who knows, one day I might be able to wave a Move device around and draw my cartoons in bed on Sunday mornings. At present, painting on the Move looks like graffiti from a spray can, but it is bound to get more sophisticated as they refine the technology.

Much of this has been already available to gamers. However, where the Move breaks new ground is the way uses its PlayStation Eye. It is a very sophisticated webcam that appears to be capable of mapping a 3D picture and shows a mirror image of players in real time who can be seen carrying weapons and tennis rackets etc.

There have seen plenty of humorous comments about the shape and appearance of Sony’s Move on the Internet. Some have described it as a lollipop. It reminds me of a comment made to me by a woman supermarket worker who laughed when I accidentally upset a display of shampoo bottles, “Obviously designed by men - always falling over when you need it!”
Posted by Dave Wolland at 1:51 AM