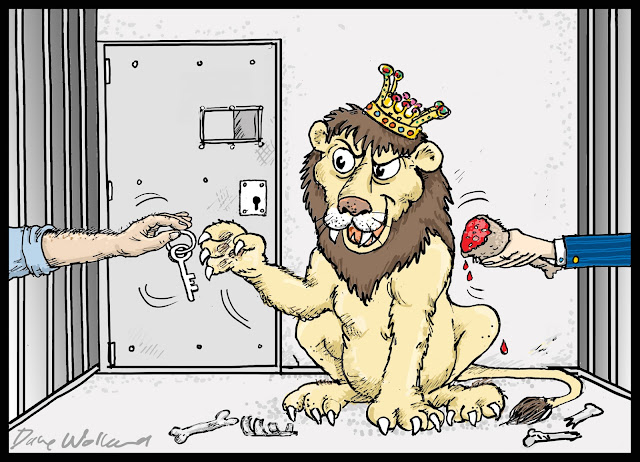 Some people are bound to ask "What is he on about with this one?" I think it is obvious if you have been following the news, so have another look if you cannot see its meaning at first. I thought about labeling the options, but sometimes it is best to just let the drawing say it.

If is still a mystery, then I will say that it seems that a majority of disaffected (older and working class) British voters have decided to exit the European Union when they were given the rare chance to do so by referendum. They appeared to be fed up with the unrestricted flow of European workers into Britain - plus all the thousands of other nationalities who are arriving there every day. Also, ever since Britain entered the E.E.C many Brits were irritated by the unelected Brussel's  Bureaucracy telling them what to do - or more likely, what not to do.

Here in NZ our economy took a severe hit when Britain joined the E.E.C.. I wonder if Britain will now be once more open again for all our exports in the future? Time will tell after a year or two I think. In the meantime, there will no doubt be a backlash and perhaps even another referendum coming up when Scotland tries once again to leave the United Kingdom. We live in interesting times. I never thought this would happen, perhaps the rest of Europe needs to re-evaluate who they want to rule them and more importantly - how.