Clinton Gets The Bird 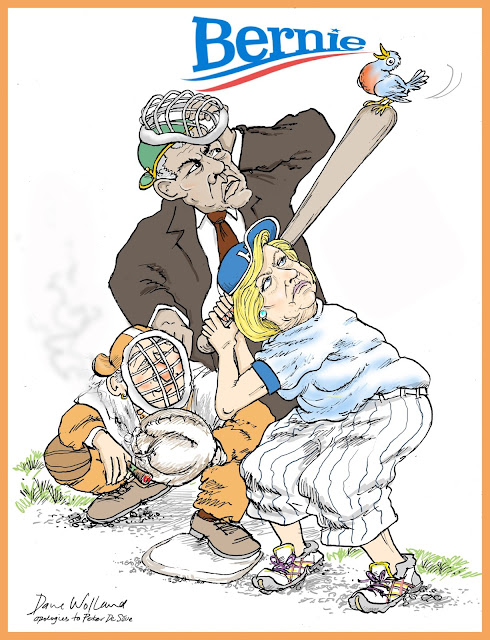 Hillary Clinton seems to think she will be the only Democratic  candidate in the next U.S. presidential election now that she has sufficient pledged delegates to take to the Democratic Convention in July. However, rumours continue to circulate around the Internet that the Bernie Sanders campaign is not quite over. He is still attracting thousands of supporters to his meetings who are showing their support for a "New Deal" in American political and economic directions to restore the damage done by 30 years of neo-liberals wrecking the U.S. economy. If Hillary Clinton wants the job really sown up then surely she knows that she must take Bernie with her in some way or other to guaranty her to be the next U.S. President.

Will Clinton have the courage to bite the hand that feeds her campaign funds and take Bernie Sanders and the ideals he stands for onboard as part of her campaign? I hope so, if she does not and tries to campaign under the banner "business as usual - plus a few tweeks", then the economically dispossessed might well vote for..............God forbid.... DONALD TRUMP!

PS The really observant might notice an acknowledgement to one of my illustrating heros, Peter De Séve. When I saw his illustration of a bird perching itself on a baseball player's bat, I immediately thought of the little bird that perched on Bernie Sander's podium while he was delivering a speech at a packed out stadium - and so this cartoon idea was born.