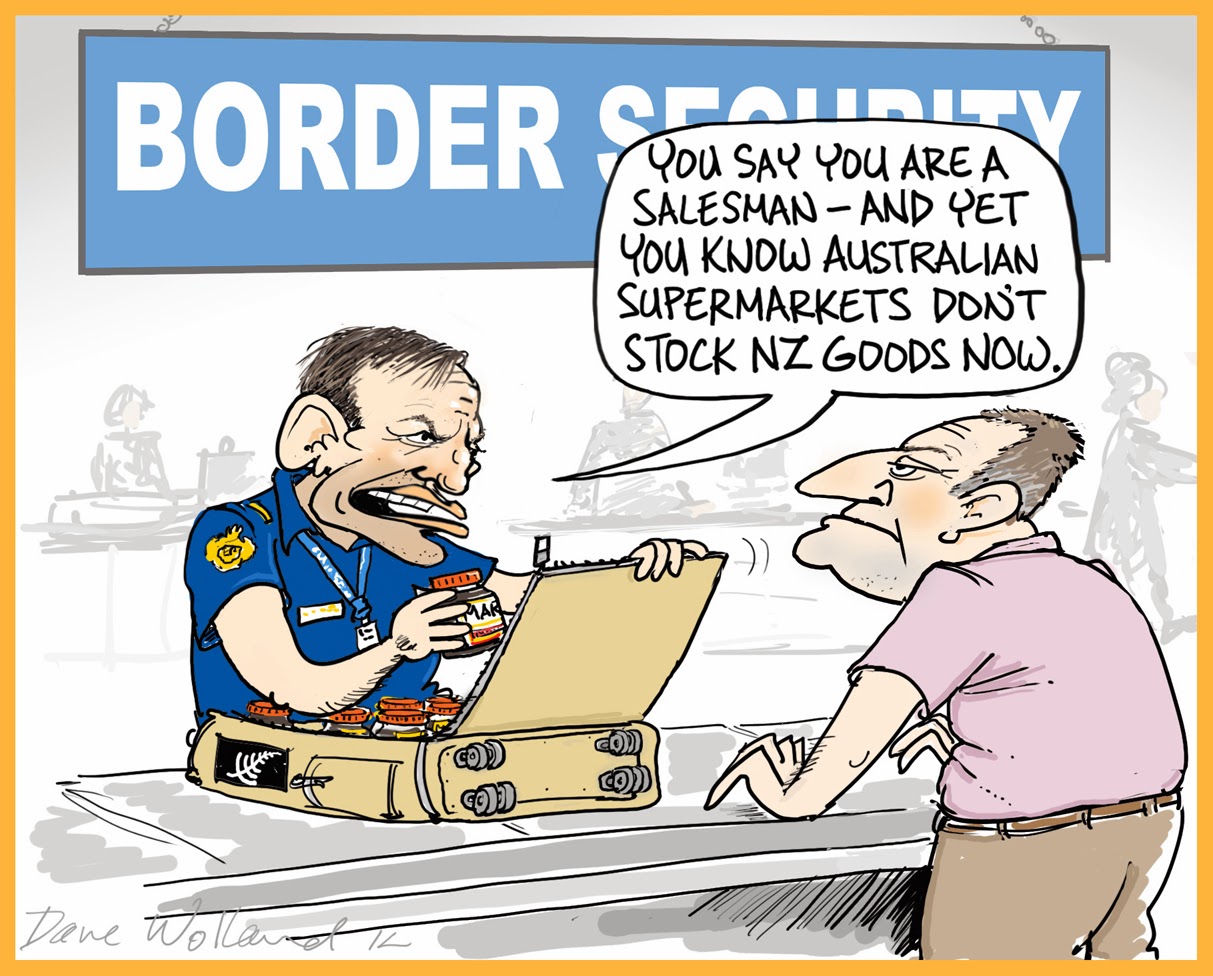 New Zealand Prime Minister, John Key, has been having meetings with our Australian cuzzy's Prime Minister, Tony Abbot. Momentous matters discussed that featured in the headlines were - Australian supermarkets taking NZ stock off their shelves to support local producers and Kiwis living in Australia who pay taxes but get almost none of the government assistance Aussie citizens do.

John Key appeared to score a small victory for students who have long term resident Kiwi parents in Australia - they will now get the same benefits other Australian students have. I believe this was a remnant of a policy of the previous Australian Government led by Julia Gillard, but I did hear Key mention that.