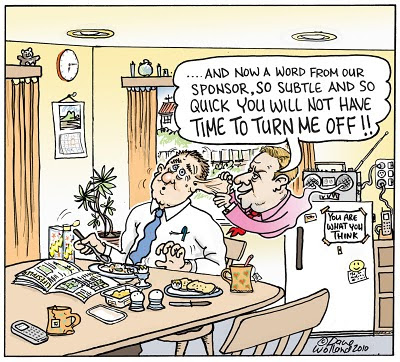 John Key is proving himself to be a master in the art of flying ‘consensus kites’ and his ministers are catching on fast. His latest disciple is the Minister of Broadcasting, Dr Jonathan Coleman, who has launched his own commercialization of public radio kite into the parliamentary breeze. Gusts of dismay came from the hills of Wellington and carried it high into sky and the publicity enraged devoted RNZ (Radio New Zealand) listeners from Bluff to Kaitaia.

Each year, Radio New Zealand has to report to Parliament to give an account of itself and it usually tries to convince a Select Committee why it needs extra funding. This year, the Minister capped funding to last year’s level. If you factor in inflation, this is in fact a cut. RNZ’s Board was understandably more than a bit upset and said that less money will also mean lower standards.

In a recent RNZ interview, Dr Coleman responded to this by asking, “Is it time we examined some of the sacred cows like – no sponsorship” and suggesting that RNZ “sell aspects of the news service to other organizations”. I can well imagine a proportion of Lifestyler readers might be thinking, “So what’s the problem? Other state owned media like TV1 and TV2 are commercialized.”

In my opinion, suggestions that RNZ stations go commercial, ignores the vital role they play in our democratic society. They nurture and inform our minds with a high degree of impartiality and grow our culture in a way that no other private radio stations are doing. For me at least, RNZ is an oasis of sanity in the media marketplace.

This is not to say that commercial radio stations have a no role in New Zealand. They do, and they offer bright and breezy alternatives that enliven our workplaces and homes.

Once commercial interests get a foot in the door of public service broadcasting, then selling the stations will probably be not far away. In the past, when RNZ did have commercial stations, they were sold off and most are now the hands of foreign owners. Which raises another issue. How much do we value running our own media? We are very lucky in the Kaipara, because we have the locally owned and operated radio station of Big River FM. Sadly though, very low levels of funding and having to cope with foreign owned competition limits what they can achieve. A commercial RNZ would be much the same.

If Dr Coleman really believes in commercializing public services, then perhaps he should ‘walk the talk’ in Parliament and show us how it can be done. It is arguably our most important public service and from what I have seen, a very dreary place to work in. It could surely do with some extra income from advertising to reduce the fiscal deficit and the effects of tax cuts.
For starters, they could have the latest incarnation of Ellie McPherson displaying lingerie on a giant billboard over the main entrance. It is bound to be tourist attraction and create a lot of interest internationally, as we show the world once again that we can lead the way with parliamentary reforms.

Lockwood Smith has broadcasting experience on TV, and as Mr. Speaker, I am sure he would have no trouble announcing things like, “The McDonald’s sponsored bill on Coping With Child Obesity will be now be voted on. Ayes to the right, in the Cadbury Lobby and Noes to the left, in the Mr. Whippy Lobby.” They could also cap MP’s salaries and offer them tea shirts with the logos of their favourite sponsors.

If these proposals sound ridiculous, then surely, privatizing RNZ is too. Tony Ryall proposed it in the 1990’s as Minister of Broadcasting and probably boosted Labour’s election night majority. I wonder if Dr Coleman’s bitter pills of Public Service commercialization could see history repeat itself once again.
Posted by Dave Wolland at 4:58 PM