Getting Up Your Nose 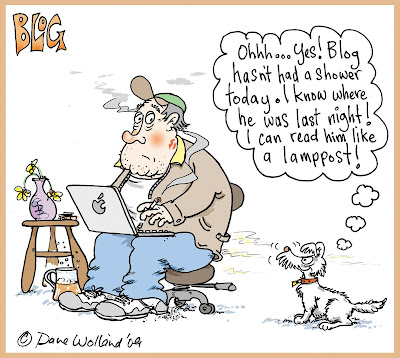 I like dogs, but I prefer not to have one. Unlike a cat, they are closer to us in their natural behaviour and deserve almost as much attention as a child. If you cannot provide that care twenty-four seven and have some space to let them run around free, then (in my opinion) you are likely to impose an unhappy life on a beautiful animal. Cats are easier because they are more self-sufficient.

I explained this to my family many times while we lived in a small town. However, when my girls grew older we bought some land in the country and my argument began to wear a bit thin. I eventually found myself out voted and Cheka came into our lives.

She arrived from the animal shelter as a small pup with the assurance “An ideal family pet and she is not a big dog.” I took one look at her large paws and said I had my doubts about the “not a big dog” bit. I was silenced with, “What do you know about dogs Dad!”

With her inherited Alsatian/Rhodesian Ridgeback genes, Cheka did indeed grow to be a large and powerful dog. But I did not expect to be educated by such a responsive, loving and intelligent friend. When we went on our walks across the countryside, she revealed to me so many things I would normally have ignored – the most important was smell.

I would watch her sniff the air, think about it and then look at me as if to say, “Hey Dave smell that, could be worth investigating eh!” When I had the usual blank expression of the ‘smellologically handicapped’, she would flick her head forward, wag her tail and signal that she was going to show me anyway. I found myself trying hard to detect any odour I could find, but I never caught the faintest whiff of the possum or rabbit, which Cheka was determined to hunt.

Recent advances in technology have enabled us to gain a deeper appreciation of what a complex world of smells we live in. Businesses like Mind Lab in Britain have created a demand for their services from real estate and air freshener companies who are very interested in BO – Building Odour.

Mind Lab employ neuro-psychologists to investigate why people react instinctively to the unattractive smells other people give to buildings when they live in them. We now know why coffee, freshly cut flowers and baking smells are positive and sweaty, damp and musty smells are a turn off.

One day, door-to-door sales people might be able to carry a device that will give them a psychological profile of the occupants of a house even before they knock on the door. For example, I can imagine Apple (computers) bringing out a very handy ‘Odourama’ application, for their iPhone that could determine a prospective clients potential from their lingering smells around the entrance way.

Mind you, if I had any say in the matter, I would prefer to see research money being spent on inventing a device to enable us to communicate with dogs. Their sense of smell is thousands of times more developed than ours and can detect a change of character of other dogs or humans that surround them, just by smelling the slightest increase or decrease of their hormonal levels and their sweat.

As a spin off, we might also find out what ‘a man’s best fiend’ really thinks about us – which I suspect many dog owners would not find very flattering. When I think of Cheka tho’, an adaptation of a verse from a Cat Stevens song comes to mind, “Morning has broken like the first day…my dog has spoken like the first dog.” I would like to think she would have said she was really pleased to be with me.
Posted by Dave Wolland at 5:58 PM