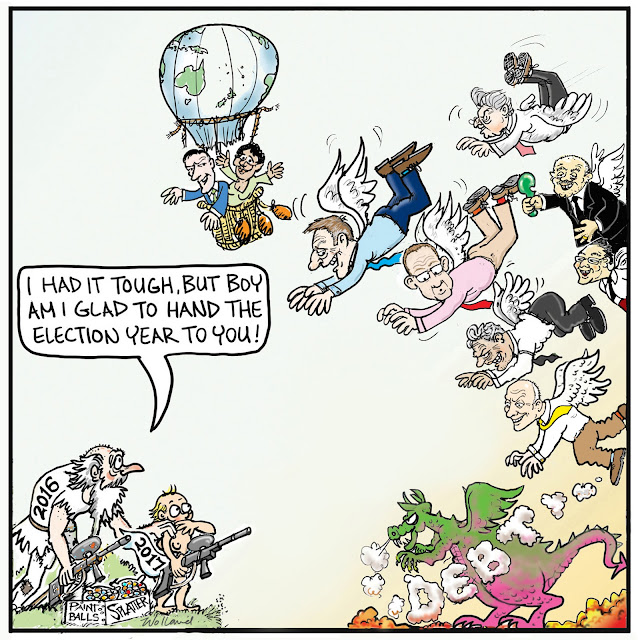 I expect 2017 to be a watershed year for NZ's politics. Time will tell if the ripple effect of Brexit in Europe and Trump in the USA will reach New Zealand. Will the Forgotten People and (in Hilary Clinton's words) the Deplorables get out and vote and move the country towards the Populist Right. It is also an election year without the master of opinion poll surfing -  ex centrist conservative Prime Minister John Key. Perhaps he could see what is coming.

For those unfamiliar with NZ politics. The Greens leaders are flying the ballon. Conservatives in blue, semi socialist in pink, national populist black and white, neoliberal yellow tie and Maori with green stone war club (Taiaha) - and oddball Peter Dunn (top right) who goes wherever the wind blows and has done very little apart from propping up conservative policies..
Posted by Dave Wolland at 12:54 PM