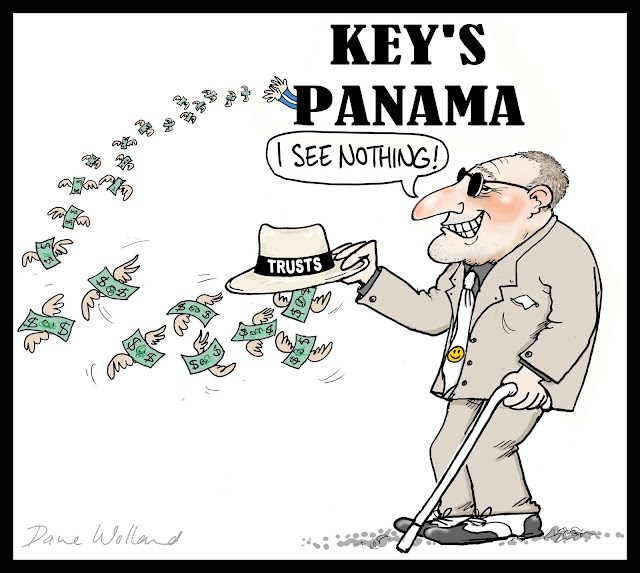 I once thought that New Zealand governments were relatively free of corruption, but no longer. Our country now seems to be a "Land Of The Long Murky White Cloud" where our Prime Minister, John Key, is being put under pressure to reveal what he knows about  New Zealand being called a tax haven and his possible connection to unethical practices.

This is because thousands of hacked files, from the Panama company Mossack Fonseca, are exposing shady rich listers and even some international leaders as corrupt tax avoiders and identifying where their millions of dollars are hiding. I heard John Key today denying any involvement in such a thing and I have decided to take him at his word. However, he did not seem as certain about his blind trust funds and where they were invested. On the surface this appears quite reasonable because blind trusts are supposed to make sure his role as Prime Minister is not compromised by any financial investments he might have.

In my opinion, just because they are legal, it does not make blind trusts morally ok. I think we should be able to see all the businesses and investments owned by Members of Parliament to make sure they are financially squeaky 'clean' when making decisions that affect us all - hence another John  Key Cartoon from my pen (which is a modified version of a recently posted cartoon). As I looked at Key's body language and heard his voice when he was being interviewed, I suspected that he knows a lot more than he says he does. Time will tell.