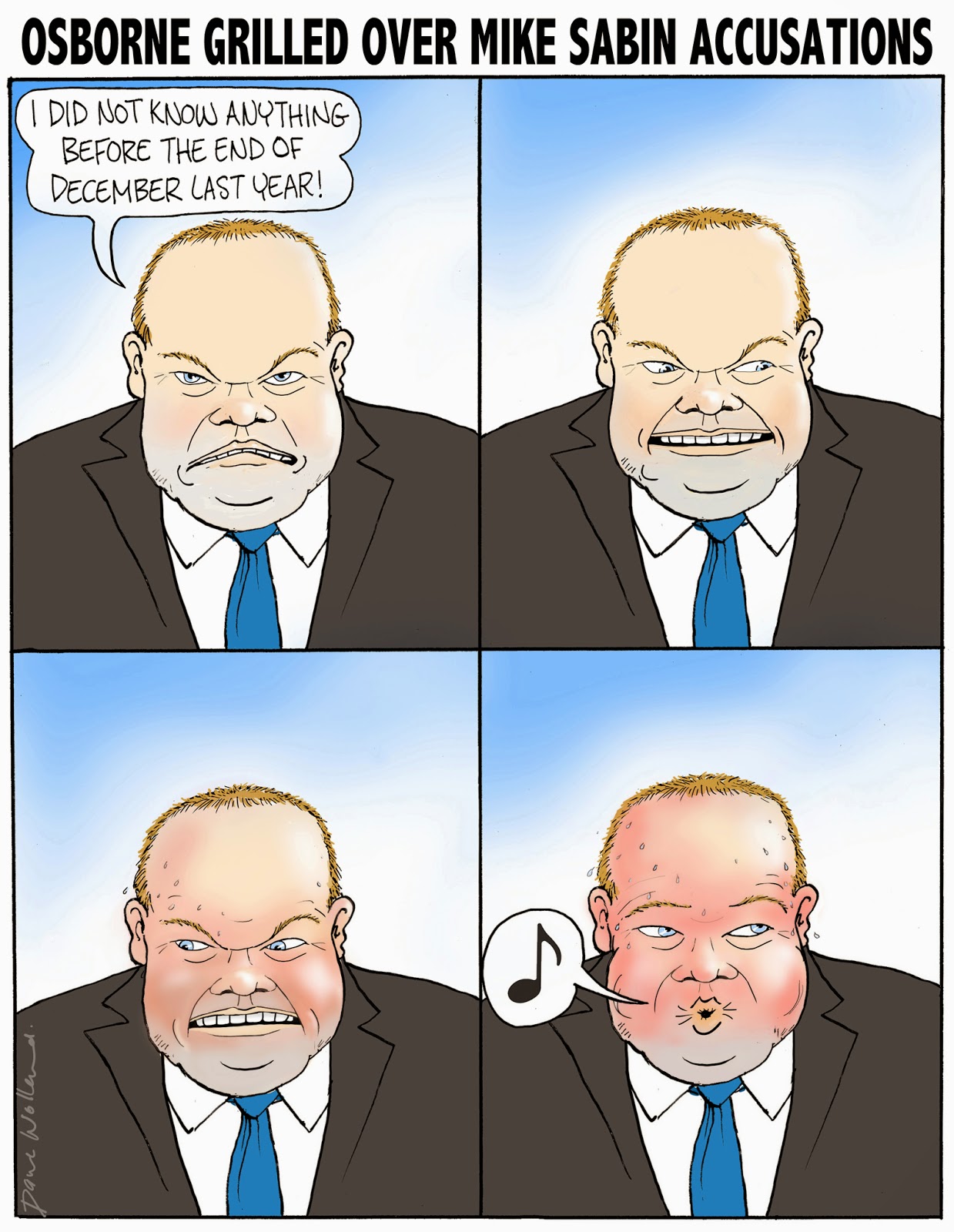 Has the aspiring National Party Northland candidate, Mark Osborne, earned the title of "Porky Osborne" for telling us that he knew nothing about the accusations directed at former Northland MP Mike Sabin before late December last year? I find it very strange that Mark Osborne, in his role as the National Party Northland Branch treasurer in 2014 was so much out of the loop that he knew nothing about Mike Sabin's situation earlier in the year. Telling porkies during an election campaign will not help him hang onto this safe National seat, that's for sure.