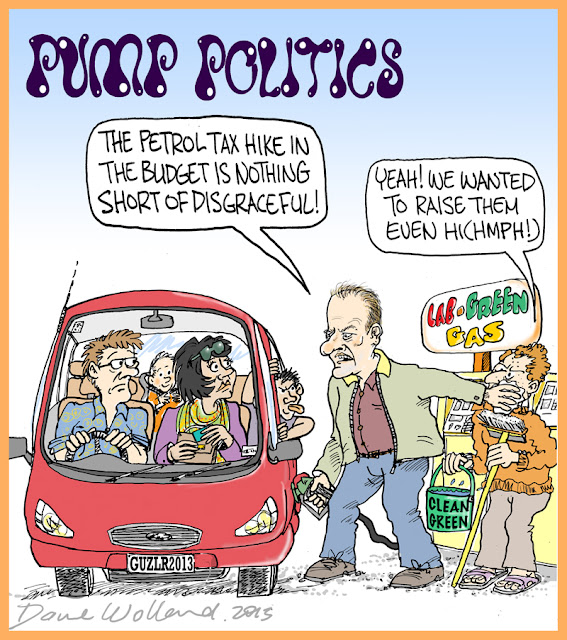 When a country like New Zealand has a sluggish economy, it is usually a golden opportunity for Opposition Politicians to offer new solutions to voters. However, very little came from the Labour Party in this regard after the National Government presented its Budget to Parliament this month - either in the way of effective criticism or alternatives. This probably demonstrates, to my mind at least, how very similar their policies  are to National's.

The Greens have plenty of ideas, but they seem to be trying very hard to get co-operation with Labour and it has sadly meant that their voice seems to be somewhat muted. NZ First has useful ideas too, but they get lost in the public perception of Winston Peter's personality.

There was a time when important issues such as continuing Trade Deficits and External Debt would drive an export policy, as it does in Asia. Unfortunately, the National Government prefers to sell State Assets and consume the future prosperity for most New Zealanders. What we have been presented with, is a bunch of policies that do nothing to stop the Trade Deficit or the unsustainable housing bubble in Auckland spreading to the rest of the country and appearing to be an alternative to an actual economic recovery.

The sad truth is, when the housing bubble pops, it will affect everybody - especially the productive economy and the growing numbers in the underclass of working poor and beneficiaries. What we surely need are fresh ideas gleaned from successful economies overseas and the courage to implement them. What we have are so many "Key Policies" that might be effectively pragmatic in the short term, but do nothing to get the economy going with real industrial and diversified agricultural growth. It is therefore not surprising at all that there are so few opportunities here in well paid productive enterprises, that many New Zealanders are finding emigration to Australia and elsewhere, irresistibly attractive.