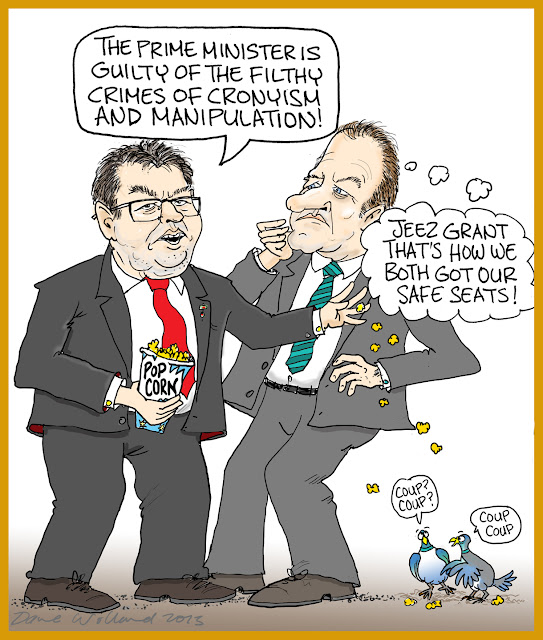 Grant Robertson seems to leading the Labour charge against John Key in Parliament lately. His leader does not appear to like making the most of Key's unusually inept fumbling around explaining how he appointed Grant Fletcher to head the troubled  Government Communication Securities Bureau (GCSB) -  which is becoming an embarrassing parody of a secret service agency.

David Shearer is mouthing his disapproval, but to my ear, unconvincingly. He just lacks the killer instinct no matter how much John Key lowers his guard. No doubt, he knows that Key  probably the legal right to appoint whom he damn well likes and  in the eyes of the Public, there is not much mileage in this one.

So why is Grant Robertson hammering away more than his leader? Well, his body language appears to me to betray leadership aspirations beyond his suitability, which is sadly going to keep Labour low in the polls.