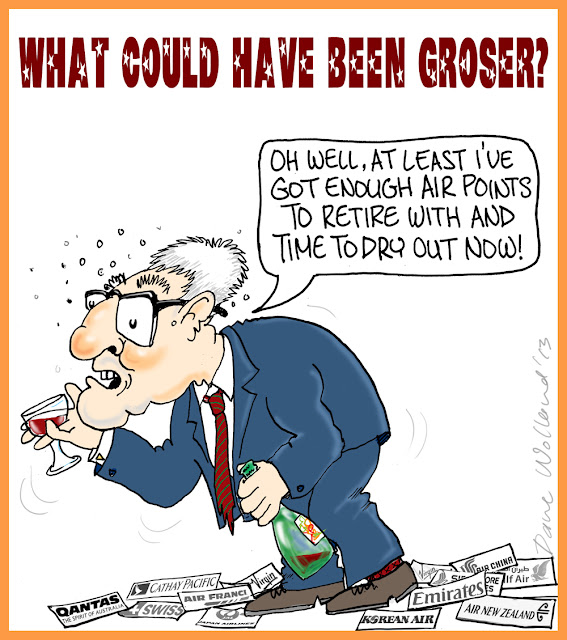 Poor old Tim Groser has just seen his political aspiration to be the top dog at the World Trade Organization slip just beyond his grasp and he will have to retire now with a fairly modest track record as a diplomat and politician.

I have never been a fan of his. He seemed to me to be far too smarmy and devoid of any real effective solutions to the current dire economic situation facing New Zealand. There must be thousands of his sort cruising around diplomatic circles or collecting fat fees on boards of directors in companies. They appear to know what they are doing, but seem more adept at working the system than changing the world.

Mind you, I must admit he did look the part when he took on roles that gave him exposure to the media. Perhaps he did do well and I never heard of it - I hope this was so. Anyway, it is time for him to bow out gracefully and open the door for others to tackle trading and political situations that affect us all.