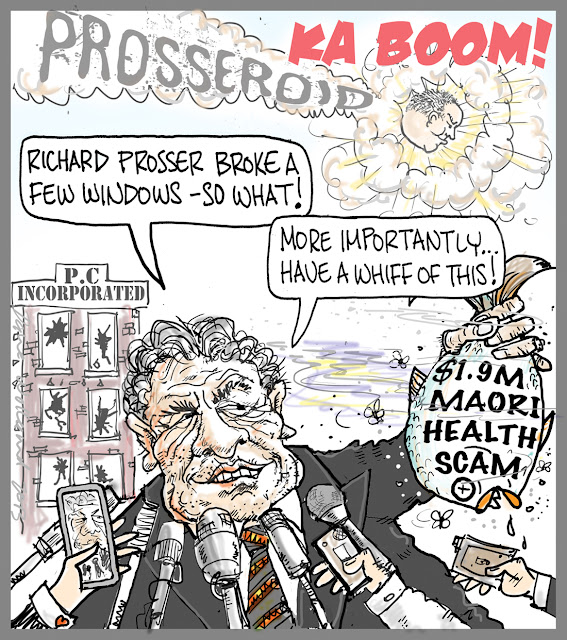 Richard Prosser quite rightly, in my opinion, deserved to get dragged over the coals for his rather shallow comments about how dangerous young Muslims are. However I am sure there are many Kiwis who would agree with his point of view in a less extreme way. Mind you, there have been times in European history where crazy Christian extremism behaved in very much the same manner as we see Muslims doing today.

Fortunately the Age Of Reason came and religious bigots were sent back to the powerless loony fringe of society where they belong. From this point of view perhaps we will have to wait for enough educated people born in Muslim families to take power from the extremists and stop the assassinations, murder and religious wars - in the same way they did in Christian Europe and recently in Communist Russia and China. Winston's Red Herrings make much better reading - especially how the master showman attracts the media's attention to the squandering of public funds.
Posted by Dave Wolland at 3:13 PM