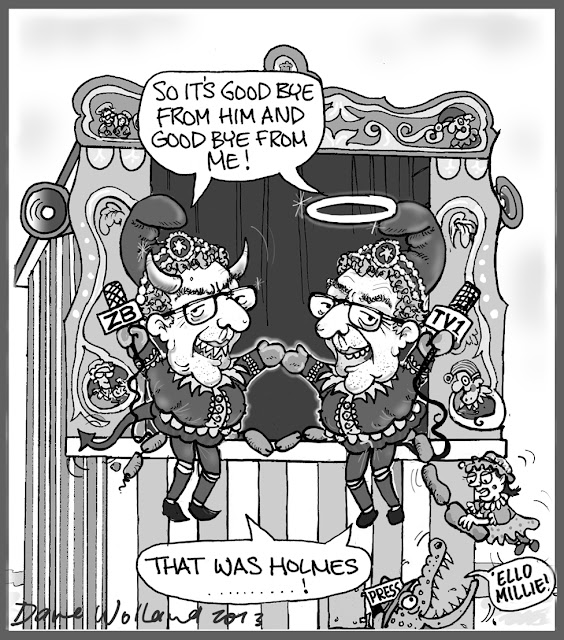 Paul Holmes loomed large in my life and probably also in the lives of most New Zealanders. His presence was unavoidable in the media as a TV presenter, talkback radio host, newspaper columnist, author and social celebrity. He was the same age as me and I first caught first sight of him as an actor during my brief time at Victoria University around 1969 - sporting an afro haircut and a mischievous moustache while performing on stage.

This memory of him as a performer has coloured my view of him ever since. I still see him as a mercurial and supremely capable actor of many parts. His last role as a politically conservative commentator made him a fortune - which he richly deserved, as he worked his butt off like no other in the business.

It appears he sadly paid the cost with illness in the end, leaving plenty of wreckage along the road as personal problems and relationship breakups plagued his rise to stardom. I will miss him as a highly intelligent media man, but his outlook on life seemed to me to the same as the politicians who almost ruined this country implementing monetarist ideology that resulted in a decline in our standard of living and way of life.

This role played by Paul Holmes will not be missed by me and I hope he will be replaced by others who can help repair this beautiful country of ours and restore the dreams and hopes of our settler forebears - of all creeds and races - and like Paul, still have a few laughs along the way.
Posted by Dave Wolland at 12:13 PM