Politicians Get Hacked Off 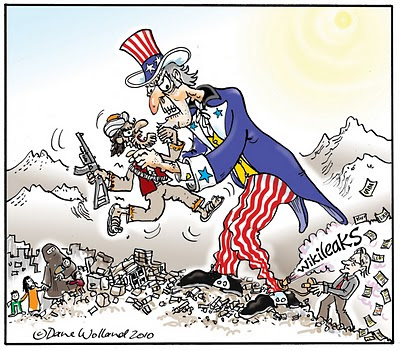 Internet hacking is back in the news again. Wikileaks has exposed once more what is really going on behind the scenes in international politics and politicians are rearing up, like elephant bull seals, to protect their patch from intruders.

An Australian, by the name of Julian Assange (who helped form Wikileaks), is being hunted down to pay for all the trouble his organization is causing. He is officially being charged for sexual misconduct in Sweden, but this is widely seen as merely a device to get him behind bars and away from a keyboard.

Wikileaks has been reported to have only five full time staff and yet they have been able to access many thousands of files from all over the world. There appears to be no obvious malice involved – just a passionate belief that our world needs to know what is really going on behind the scenes.

The fact that politicians naively thought that classified files were safe from hacking is really surprising. Surely in this day and age it is widely known that all electronic data can be hacked as easily as hard-copy files. All over the world there are thousands of hackers ferreting away night and day to crack open every security measure – no matter how well it is devised to be 100% secure.

There are also the whistleblowers who stand up and risk their lives to let the truth be known to Wikileaks when power is being misused. Bradley Manning is one of those brave souls. He currently faces a very long sentence to pay for letting us know what a mess the Americans are making of the war in Iraq.

“America’s Tweetheart”, Sarah Palin, apparently wants Julian Assange and his mates tried for treason. As an Australian, Julian Assange is unlikely to suffer that fate in the USA – however; he has to constantly move around to avoid capture wherever he is. Even Vladimir Putin in Russia has been infuriated with the unflattering Wikileaks revelations about himself. I hope Julian keeps a sharp eye open for people carrying poison tipped umbrellas while he visits London.

I wonder if there are any budding Julian Assange types lurking in New Zealand? Do we really know enough about what is going on behind closed doors in Councils and Parliament? Do we need to know and why should we bother to care if we trust all our politicians to do the best for us.

I believe that we do have the right to know if we wish to. Nobody is perfect and in my experience very few politicians (and civil servants) escape from being corrupted by power now and then. Because of Wikileaks, I bet many of them are very carefully watching what they say and tap into their computers. It would be very easy for social campaigners in New Zealand to form a “Kiwileaks” group and go phishing on the net to haul in a fresh catch of unsuspecting pollies with their pants down.
Posted by Dave Wolland at 3:03 PM