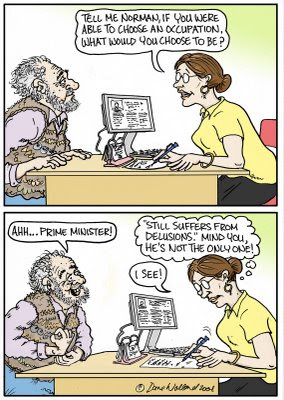 I know summer has arrived when I enjoy the pleasant sensation of cool air wafting down over my toes every time I open the fridge door. Apart from storing the usual culinary necessities, my fridge also acts as a message board, with notes tucked under plastic animals and holiday souvenirs.

One of the messages says, “Your brain simply believes what you tell it most, and what you tell it about you, it will create.” I had not thought about the possibility of my brain being separate from me before and it sounded implausible. However, I changed my mind when Norman, an old school friend from Wellington, came to visit me a few years ago.

Norman was never, what most people would consider “normal”. When I look back I can see it was like having Mr. Bean as a friend. In fact he even looked like Mr. Bean. He stuttered terribly at times but this disappeared completely when he was on stage doing a comic routine, which usually brought the house down with laughter. His Speech Therapist tried in vain to help him and gave him a roasting once for being late. He had the best possible excuse when he replied. “I was at the speech comp-p-petion and I came ss-second!”

I can blame Norman for my interest in cartooning. I used to watch in awe as he drew pictures almost as good as Mad magazine’s Mort Drucker when all I could manage was something similar to Peanuts. These days he makes a living out of playing piano and sketching cartoon portraits at bars and pubs. He tops this up with a benefit, which is assessed once a year (hence the above cartoon) and helps him when he is unwell.

As we sat on the verander reminiscing about our school days, he let on that he ounce got a job in Peter Jackson’s Lord of the Rings. He said you can see him in the movie disguised as an Orc and he revealed some details of how they enabled him to put some realism into the agonized behaviour featured in some scenes. Apparently, it was not a job for the incontinent. Norman was put into a rubber costume and had to wait several hours before his scene was shot. He had no way to relieve himself and he thought that he was going to burst. “In this Orc- ward situation it was a case of mind over bladder” (he loves puns) and this gave the battle scenes an extra edge.

In the world of artists and craftspeople it is common to find people like Norman treading the boundary between the land we like to call Sanity and the Great Unknown. Ever since I met him forty years ago I can never predict what he will say or do next. Just before he left he made some remarks about that note on my fridge. After he read it he said, “You know, I have no trouble talking to my brain - it’s when it talks back I get worried”.
Posted by Dave Wolland at 1:55 AM