Will It Be So? 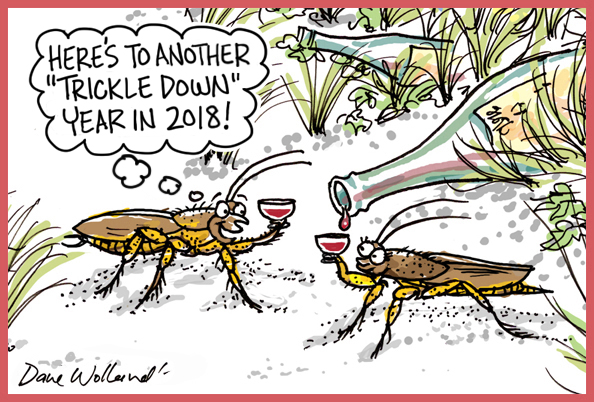 The newly elected Labour/New Zealand First Coalition Government has made a cautious start and I have yet to see the major reforms needed to roll back the neo-liberal policies of the 1980s that extended into the 1990s. On my wish list this year would be a minimum living wage, a return to the progressive tax rates and welfare rates prior to 1984, fair trade tariffs defending local industry (from unfair competition and hidden state assistance), housing assistance for all first home buyers and affordable and enough state and council owned houses for the needy. The social, GMO restrictions and anti-nuclear reforms would be welcome to see stay. In short, more Government social assistance to reduce inequality and support for productive (NZ Owned) industries that create prosperity and a healthy international balance are what I think are needed. Keeping in mind, that in NZ, the word "Government" really is our collective democratic ability to do things for the benefit of all.

On the other hand, if marijuana becomes legalized to get support of the Green Party, then perhaps a majority of Kiwis will soon fantasize that such things do not matter anymore and so the future is now. But I hope we go no further than decriminalization and steer clear of total legalization. Marijuana is just a another generally harmful narcotic that I would hate to see available to our youngsters in the local dairy and supermarkets masquerading as a harmless recreational thing to do. I believe we would be better off without it and we should continue to restrict it to being used as a medicinal alternative to conventional pain killers etc.
Posted by Dave Wolland at 6:15 PM