Gospel On The Mount 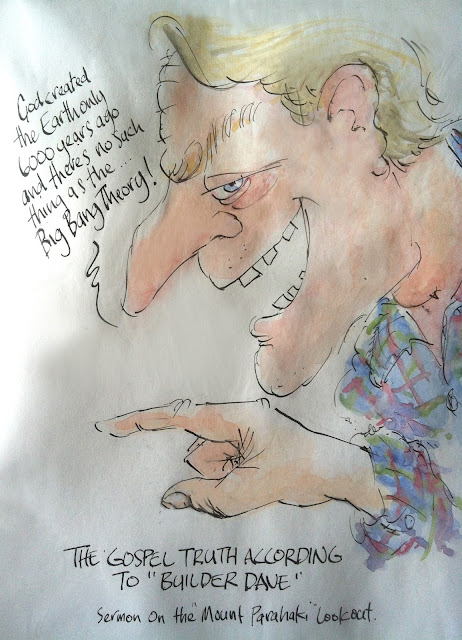 On Christmas Eve I went for a walk up The Ross Track to the summit of Mount Parahaki in Whangarei. The track follows a valley covered in native bush and alongside a chortling creek. I had intended to make it a quiet time of contemplation in a natural setting but when I reached the summit I met a chap I knew and he ranted away about gospel truths and various conspiracies that he was campaigning against. Oddly enough, friends of his turned up of a similar ilk and being vastly out numbered, I resisted the urge to have rave about their naivety - instead I praised Christianity for its gift of compassion and joy of ethical renewal and made a retreat. It was Christmas after all.
As I began to walk away I was asked for my cell phone number. I politely refused and the last I heard from him was something like "No problem, I will track you down and return you to the fold!"

Fortunately there is not much chance of that. I prefer to live in a wonderfully changing World where truth unfolds like a never ending book - constantly tested by scientific analysis and altered in the light of  intuitive discovery and objective investigation.
Posted by Dave Wolland at 7:50 PM