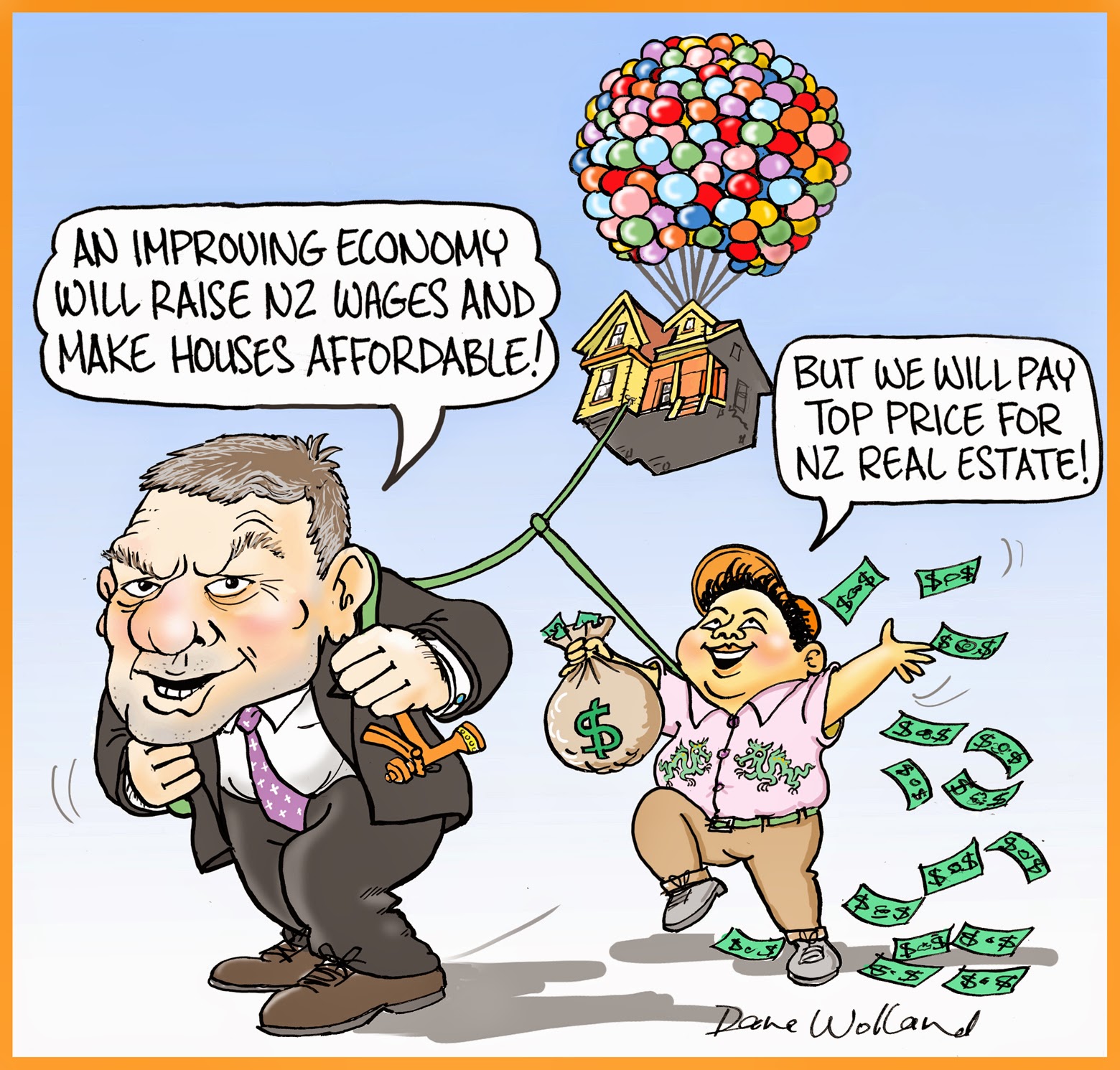 This cartoon might appear at first glance to be xenophobic, but it is an undeniable fact that NZ is sadly allowing its economy and land to be bought by people outside the country and putting a price on citizenship. What we need is real investment in new industries that generate wealth producing exports and a level playing field for NZ businesses competing with imports. NZ finance minister Bill English's budget does little to help out and so the inequality of opportunity for NZ businesses and labour continues to get worse as money goes into real estate instead of the productive economy - in my opinion.

Pixar's animated film "UP" appeared to say more to me than just the surface story line. It seemed also to comment on the decline of the USA in the face of a resurgent Asia. Very appropriate as a platform for this cartoon I thought - as we are behaving very much like the USA in many ways, but not all thank God. Strangely enough, I also thought "UP" was saying we can achieve goals together with all the people of every age in this World and the journey will be worth it.

In the meantime we need to change the mindset of our Government that is locked into outmoded social and economic ways of doing things. Looking at successful economies everywhere and especially in Asia will show us the way to rediscover what they learnt from us in the past and add their own recipes to our mix to bake a bigger and better cake to share.