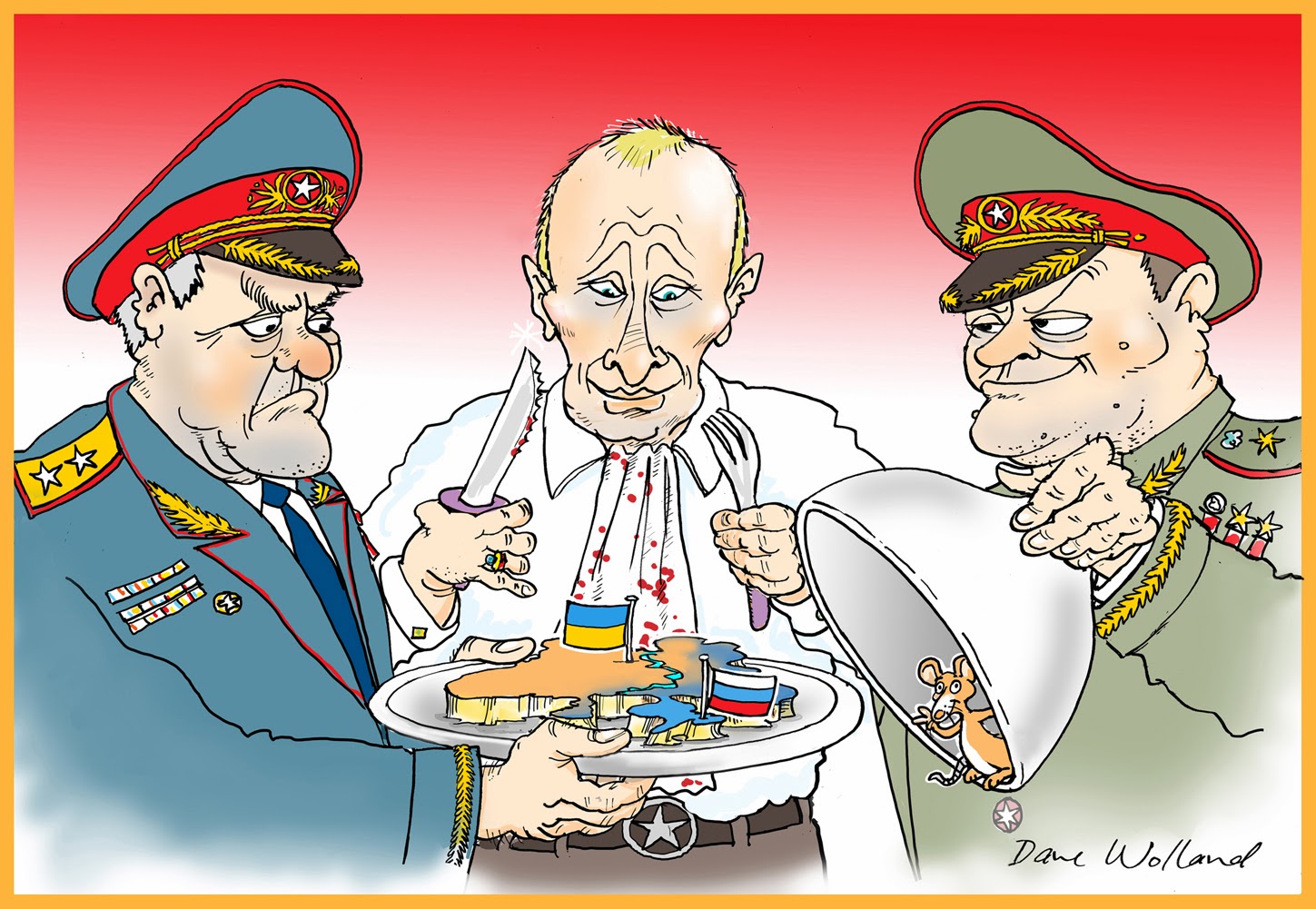 As many Kremlin watchers feared, Putin has moved the Russian armed forces into Ukraine to protect Russian interests. So far the invasion has been limited to Crimea, but he has made it very clear that further incursions will take place if necessary.

I assume that this violation of Ukraine sovereignty is to protect not only Russian bases in Crimea but also to send the new Ukrainian Government a direct message not to mess with civil rights of the millions of ethnic Russians living in Ukraine.

From the outside, this looks disturbingly like the break up of Yugoslavia. I hope the politicians avoid that scenario, because civil wars are such vicious affairs and a pathetic waste of valuable lives. In this case, both sides have many more close cultural and historical ties that binds them more than their differences. Perhaps it is time for them to listen to John Lennon's tuneful incantation, "Give Peace A Chance"- and put the guns away.
Posted by Dave Wolland at 11:03 PM