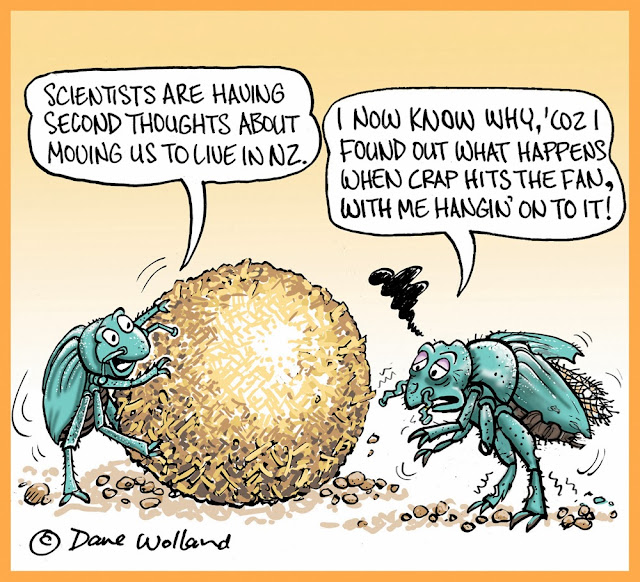 The idea of introducing new species of dung beetles to New Zealand seemed to be such a good idea at first because a lot of livestock effluent is being deposited daily on farms here and there is compelling evidence to show that new dung beetles could dramatically reduce  pastoral pollution.

There is however, 'a beetle in the ointment'! Scientists outside the development research team are warning that some varieties  of dung beetles fly around at night and we could be exposed to a new health risk as masses of crap carrying beetle bombers head for our homes and street lamps.

It shows, once again, that biological solutions to help farmers can annoy the rest of us by bringing in more problems than they solve. Like Mynas, who were introduced to eat crop eating insects and now ravage fruit orchards, dung beetles might end up being a real nuisance. If they are brought in, will we end up cursing those who flung dung at night into the barbie with their damned beetles!